During Mrs. Badders nearly 25-year career at CPS Energy she has served in a variety of roles including
Director of Commercial Analytics and Pricing in the Energy Supply and Market Operations area of CPS
Energy, Director of Strategic Services for the Transmission and Distribution system, Chief of Staff to the CEO (2003) and manager in the Rates and Regulatory Department.

She received her Bachelor’s degree in physics from East Carolina University in 1992 and her Master’s of
Science Degree in Management of Technology from UTSA in 2003.
Speaking At
Grid Analytics Community Conversation : Using Smart Grid Data to Drive Business Value 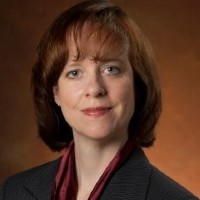